This month the Tuesday Night Bloggers (an eclectic bunch of bloggers from around the world) are looking at children in crime, be they victims, sleuths or even the criminals! It is my turn at collecting the posts, which you can see below and they are all brilliant pieces. If you are a blogger and want to join in, let us know with a message in the comments section with a link to your piece.

Bev at My Reader’s Blog: Children in Crime: The Black Seven

Brad Friedman at Ah sweet mystery blog: The Case of the Vanishing Volumes

Helen Szamuely at Your Freedom and Ours: Tuesday Night Bloggers: Children as Witnesses to Crime

JJ at The Invisible Event: Threat Escalation for Younger Readers in Enid Blyton’s Five Get Into a Fix (1958)

Moira at Clothes in Books: Children in Crime: The Bad Seed by William March

For my own contribution this week I decided to take a thematic approach, looking at the way children are used in detective fiction as characters. The idea came about as initially when confronted with this month’s topic I did feel a certain amount of panic, forgetting every single book I’ve read with a child in it. It was as I began to remember them that I started pondering the different roles they had. So the rest of this post looks at just that. Feel free to add your own ideas in the comments section.

This is certainly one of the more obvious roles children have had in detective fiction and the significance of this role will be discussed later. There are numerous examples of this, but something I noticed in Golden Age detective fiction in particular was that there were two key motivations for murdering a child. The first is a matter of inheritance, such as with Vera in And Then There Were None (1939), who master minded the death of her charge in order that her lover could inherit the family fortune. There is also another instance of this which I have read this year but unfortunately can’t be mentioned as it would spoil the entire book. The second murder motivation is that of the child knowing too much. Perhaps they have seen something or overheard a conversation and as a consequence a murderer feels threatened and therefore kills the child to ensure their silence. Two examples which immediately sprung to mind are also from Christie’s oeuvre: Dead Man’s Folly (1956) and Hallowe’en Party (1969).

victims in crime fiction is that their deaths cause much greater devastation and have a bigger emotional impact. Moreover, the deaths themselves seem to become catalysts for further action, frequently violent, as in The Beast Must Die (1938), The Mirror Crack’d From Side to Side (1962) and in The Murder on the Orient Express (1934), the central murders are motivated by revenge for the death of a child. By the Pricking of my Thumbs (1968) uses this trope in a slightly different though interesting way, where the original child’s death is one of natural causes as opposed to murder. Yet still this death precipitates further definitely unnatural child deaths. Additionally I think something which adds to the drama/tragedy of child murders in fiction is the underlying feeling that killers of children are more mentally unhinged, which is arguably borne out in Harriet Rutland’s Knock, Murderer, Knock (1938).

Children aren’t always used as corpses thankfully in detective fiction. Like any demographic or group of people, there are social constructs and assumptions about them and this extends into our reading of them in fiction. Consequently writers sometimes have their criminals use children to form part of a disguise or create social camouflage. For instance as evinced in Christie’s N or M? (1941) I think the reader is less likely to be suspicious of a woman with a child. Christie’s Cat Among the Pigeons (1959) also provides an interesting variation on the theme of children/young people being used as a form of disguise/camouflage.

Just as when children are the murder victims, characters and readers alike are often more shocked by a killer who is a child or teenager. Again is this more shocking because it clashes with our cultural assumptions which join innocence with youth? Could be partially, but I feel like there is more to it, as it is not just the case of the child being the least likely suspect, as other least likely suspects don’t shock or surprise in the same way. I won’t give any specific examples of this role, though one book I have read interestingly presents the child as the victim only for it them to be then shown as a thwarted murderer.

be honest it would become rather cloying if it was, but in small doses it can have an enjoyably comic effect. It is used in a minor capacity in Christie’s 4:50 from Paddington (1957) and conversely it is a major feature in Craig Rice’s Home Sweet Homicide (1946), where a crime writer’s children manoeuvre events to enable a romantic match to occur between their mother and the policeman investigating the novel’s murder case.

6. The Instigators of Mysteries

Due to children often having inquisitive natures, which can lead to outdoor explorations, make believe games and downright snooping, crime writers often have them accidently uncover something (such as a cryptic message in Blake’s The Whisper in the Gloom (1954),) which pertains to a criminal plot or secret enterprise. This can put them in danger such as in Ianthe Jerrold’s There May Be Danger (1948) and Margery Allingham’s The Mind Readers (1965) and this of course adds extra drama to the story, with either adult detectives having to rescue them or the children themselves mounting their own defence, leading to the capture of the villains.

When reading Megan Hoffman’s Gender and Representation in British Golden Age Crime Fiction (2016), an idea which particularly interested me was that with couple detectives, the female detectives/partners did become side-lined/ less involved/more passive once they had children. The two examples Hoffman focused on were Allingham’s Amanda

Fitton (who marries Albert Campion) and Dorothy L. Sayers’ Harriet Vane (who marries Lord Peter Wimsey). Prior to having a child, Amanda is a very independent and modern woman, working as an aircraft engineer. But her active involvement in Campion’s cases lessens once she has a child (and also sees her giving up her engineering career). Her focus becomes inward, seeing her child as her ‘war work’ in one book, oddly enough situated in WW2. The case of Harriet Vane is slightly different as after having children she still works as a writer, but her time as an amateur sleuth seems to be over, as she is uninvolved in the case of theft in the short story ‘Talboys’ (1942). To get around this issue writers sometimes begin their female sleuth’s detection career after their children have grown up such as with Gladys Mitchell’s Mrs Bradley and with Christie’s Tuppence Beresford the novels skip over the time period where she was raising her children.

I touched on this idea a little when looking at children as instigators of mysteries or investigations, but in some instances the desire to investigate a case or assist an adult in 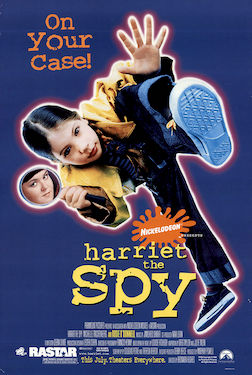 doing so, is much more active on the part of the child. Children as amateur sleuths or assistants is a long established trope going back to the 19th century when Holmes employs street urchins (known as the Baker Street irregulars) when solving the case in The Sign of Four (1890). There is also Erich Kästner’s Emil and the Detectives (1929) (which I have yet to read), where a child is instrumental in tracking down and having the man who stole his money arrested. This theme is also present in the works of more modern writers such as John Grisham’s Theodore Boone: Kid Lawyer (2010) and when thinking about examples for this section two films instantly came to mind, which were Nancy Drew (2007) and Harriet the Spy (1996). I think the novelty and the potential comedy factor are two key reasons why child amateur sleuths are enjoyable to read. The ability to see things from a different, non-adult, point of view is another. I also think that because children have certain disadvantages when investigating crimes, their ways of getting around these issues make the story a more entertaining read. Although to be fair children sleuths can sometimes have advantages over adults, especially when they play on adult assumptions of children.

9. Keep it in the Family

This section follows on from the previous one but focuses on children who are the offspring of fictional detectives (more on those next week), as not only can these children

provide deliberate or accidental assistance to their parents’ cases (and thereby add social comedy), but they can also give an additional level of drama and pressure. This is the case when criminals try to control the actions of the sleuths by threatening or kidnapping their children, such as in Ngaio Marsh’s horrific novel, Spinsters in Jeopardy (1954) or in some episodes of Miss Fisher’s Murder Mysteries. This becomes a difficult point for the parent sleuths and possibly a moment of moral compromise, as such characters are torn between achieving justice and saving their children. Though as in the examples mentioned above, many writers allow the parent sleuths to achieve both.