Earlier last month one of our founder Tuesday Night Bloggers members, Helen Szamuely, died and as a tribute to her the Tuesday Night Bloggers are featuring posts this month on some of her great interests in life: Europe, History and Russia and/or mysteries which feature the name Helen. I only managed to meet Helen once at last year’s Bodies from the Library conference, but I always enjoyed reading her crime fiction related posts on her blog, Your Freedom and Ours and her contributions to CADs magazine. My first commemorative post is taking a look at a Russian-set mystery novel of the 1950s and is in fact my second read by Andrew Garve. Though it is quite a departure from my first; No Tears for Hilda (1950) as this second tale moves away from a family drama to Russian espionage – though of course they both end in murder.

Our narrator for this story is George Verney, who has been sent to Russia by his newspaper to report on the changes that have been made since he was last there during the war. The political climate is not the only thing which is frosty and the bad weather forces Verney to take the last leg of his journey by train. However it is through this train journey that Verney first meets the peace delegation, led by Rev. Mullett, which is attempting to build bridges between Russia and the Western world. The rest of the delegates are from a variety of backgrounds including an MP, a Professor, a factory worker and a sculptress. Verney is not keen on Mullett and smugly notes through snippets of conversation that the delegation are not entirely peaceful with each other.

counters follow and build on what we know of them already. Thankfully for Verney he also bumps into some old newspaper friends. Tension within the delegation mounts and the reader is not surprised when one night Mullett is found murdered in his own room. At last some real news for the journalists, but will they be able to get the story out, let alone find out the truth? Truth is not the top priority for the Russian officials and an innocent man is soon framed, an action which transforms Verney from being an observer to an active sleuth. But has he bitten off more than he can chew?

lead the story. He begins as a quiet and understated cynic of the Communist system and his sarcasm is pitched at the right level, never going over the top. He is also successful as a narrator as he provides an enjoyable dissection of the delegates, in terms of their personalities and motivations behind going on the trip. These portraits are informative foundations for the reader to build upon later in the book. Group dynamics and pressures are equally well portrayed.

Although starkly different in setting and milieu to Agatha Christie’s At Bertram’s Hotel, it did feel as though Verney had to learn a similar lesson to the one Miss Marple did; that you can’t wish back the past; change is inevitable. One aspect I found particularly interesting was how accurate and truthful newspaper reporting was incredibly difficult to do in Communist Russia, as Garve deftly and succinctly shows what the reporters are up against and what hoops they have to jump through to get any kind of a story.

Though portrayal of communist ideology and leaders is unsurprisingly negative, ordinary 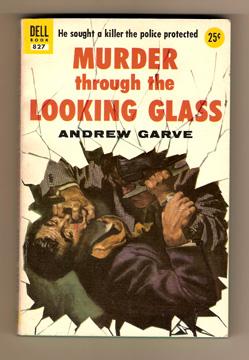 inhabitants of Russia are treated in a much more nuanced manner and reader sympathies in one case are cleverly played with. The milieu and setting of the book made it an engaging read and unlike in many mystery novels the dangers to the investigators are very real and very apparent, which heightened my interest in the story.

The mystery element is rather clever and I got the culprit completely wrong. Not entirely fair play but I enjoyed how this story had a heart to it in a way. It has its thriller and espionage elements but it ends with a strong clout of humanity at the end, rather than vague political bodies. There is also a very enjoyable surprise at the end which I did not see coming. So all in all another good read by Garve.