The Trouble at Turkey Hill (1946) by Kathleen Moore Knight

Kathleen Moore Knight is an American mystery writer who I chanced upon while looking for mystery fiction with weird and wonderful titles for a post I did a while back. She wrote quite a lot of non-series mysteries, but she also wrote two series under the Knight penname. The biggest of these series starred Elisa Macomber, who lives on Penberthy island and in terms of milieu it feels very similar to Phoebe Atwood Taylor’s Cape Cod set stories. However, I wouldn’t say in terms of writing style Knight and Tayor are similar, as Knight’s story does not have Taylor’s zany comedy or sense of humour. Though this isn’t necessarily a bad thing. As Taylor’s zany comical plotting hasn’t always worked for me in the past. The book I am reviewing today is the 8th book in the Macomber series. Her other series features a public relations firm, of which I have the second in the series on my TBR pile, Exit a Star (1941). I hope to get to this book soon. Finally she also wrote some novels under the penname of Alan Amos.

The Trouble at Turkey Hill (1949) is narrated by librarian and ex-school teacher, Marcella Tracy, who is good friends with Elisa Macomber and often helps him out in cases. In the very first sentence of the story the reader is confronted with a corpse. Yet the next few chapters rewind history to three days previously when three war veterans, Ted Marsh, Pershing Willis and Pudgy Billing return home. Their welcome home is not entirely happy though. There is definite tension between Ted and his wife Alyse, centring on Ted’s infidelity with Zaida Pinho before the war (but is it definitely over?) and it also seems like Alyse has her eye on another, Harvey Winchester, who owns Turkey Hill farm and has kept Ted’s job as farm manager open for him. Other ripples of tension include a mysterious veiled woman named Miss Thorne, an outsider who wants to remain just that. There is also an awkward moment when Candy Pierce goes to welcome her old sweetheart and finds him less than cordial, though it seems he might be nursing a private sorrow of his own.

All of these issues bubble under the surface until the eve of the tucker, which is being held to celebrate the veterans’ return. Alyse and Tad’s hatred of each other flares up demonstrably and as a consequence leads to Alyse’s lashing several people around her with her poisonous words. Having put a lot of people’s backs up, including Candy and Harvey (the latter of whom seems far more interested in Candy than Alyse), no mystery reader is surprised that Marcella finds Alyse dead the next morning. Suspicion falls on several people not just because of motive, (as there were an awful lot of motives), but because many people were either conspicuous by their presence at the scene of the crime or conspicuous by their absence. One of the people made suspicious by being seen in the vicinity of the crime is Miss Thorne, who was also found the previous night stunned by a blow to the head. Are the two events linked? There is also mystery surrounding the murder weapon that killed Alyse, as although reader and sleuths know what it probably was, it manages to disappear and its reappearances implicate several. Further death and mysterious incidences are to follow, with Elisha and Marcella unsure whether they can trust those closest to them, as so many people seem to be hiding something.

I enjoyed having Marcella as the narrator, though because of this narrative choice we end up knowing much more about her than we do Macomber. His personality and internal world are much more closed off to us. Thankfully Marcella is relatively in the middle of things when it comes to the case so we are not too left out, as Macomber doesn’t always share things with Marcella. By and large Marcella is a sensible and likeable character and when placed in dramatic situations she isn’t too much of a heroine in distress, though I think some mysterious incidences which puzzle her concerning her home help Gabby, won’t have the reader fooled for long. As I said Macomber can be a bit of a closed book. However initially that wasn’t my issue with him, as I do wonder whether earlier books in the series give us a closer look at him. What actually made me slow to engage with him in the beginning of the book was his patriarchal swagger. Whilst he is always polite and considerate to women, his attitude is double edged. He has no compunctions jumping into Alyse and Tad’s marital dispute and laying down the law, well his law, to them both about what they should do and with Alyse he uses more than just words to pacify her, exerting his physical presence. When it comes to their marriage, Macomber’s main concern is to externally patch up the fight so they can go to the tucker together and not cause a scandal. Consequently due to Macomber’s role in this I did find him hard to get along with, as although Alyse is no angel, holding the marriage together by sheer force is not much of a solution either. Beyond Alyse, Macomber’s requirement of having his instructions and advice followed extends to other female characters including Marcella. It might just be me as a modern reader giving these moments greater value than they should have, but I guess throughout the story there was this underlying tension or niggle with him, though once Alyse is murdered it becomes less of an issue. 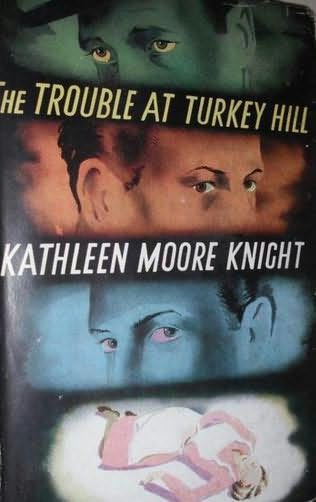 When it comes to the main mystery I think the killer is quite unexpected, but not in an entirely agreeable way. The case against them is convincing, though what made it a little less satisfying for me was that the capture and revealing of the murderer was a bit rushed, which meant that the solution did have an air of coming out of nowhere. However, Knight just about gets away with it and since the evidence is there to prove the guilt, the chosen culprit is justified.

Although it may not seem like it there were quite a number of positives to this read. Knight’s writing style worked well for me and she recreated the rurally closed American community well, using the feature of gossipmongers very effectively. I also liked how she utilised love triangles in the story, as her usage of them is not entirely conventional. The ending was a bit rushed but as I said holds together. There are plenty of clues for the reader to follow and shortly before the killer is revealed, the reader does get to see Macomber’s cryptic notes on the clues and the killer. With these positives in mind I am looking forward to trying out Knight’s other series.