The Golden Dress (1940) by Ione Montgomery

On a recent hunt for new and obscure writers I came across Ione Montgomery, who is bit of a mystery in herself. I wasn’t able to find out much about her online, apart from the fact that Montgomery wrote only two novels, this one and Death Won the Prize. However, with some assistance from the GAD Facebook group we have the theory that Montgomery could have been Ione Montgomery Lonergan, who wrote short mystery stories in a British serial in 1935. If this was the same person then Montgomery was also born in Missouri and in 1883 and died in 1972 in Seattle, a location which features heavily in Death Won the Prize. So if anyone knows anything else about our mystery author do let me know. I did manage to find one contemporary review from The Saturday Review, which has crime fiction reviews in a criminal record table. Their verdict on the mystery novel was: ‘tempestuous.’ They also wrote that ‘sins of the father – also those of offspring – get thorough airing in sultry, speedily moving and well plotted story.’

The book begins with Christopher Gibson feeling far from sanguine about reading a late client’s will. Judford Morgan in writing his will had tried to make it as unpleasant as possible for his family. No one would be surprised to learn that he frequently raged and was estranged from his children, Bob and Kay, the latter of whom used to be engaged to Gibson, but then eloped with her riding instructor, Derek Bonelli. When the will is finally read, although Morgan’s wife, Marcia, receives a very healthy trust fund, Kay only continues to receive her pittance of an allowance and Bob receives nothing more than a dollar, the family bible and the family name. Moreover, Doctor Holloway receives a healthy pile of cash and so does Lily Gomez, who not only gets a substantial allowance but also the family home. Why you ask? Well it seems as though she was Morgan’s illegitimate daughter and she is keen to get all she can from the will and in the most unpleasant way possible. Although she does have to reside in the family home at least 6 months each year, otherwise everything goes to Bob. The will also puts additional strain on Morgan’s children, either hindering their ability to get married, (Bob is engaged to Gail Dallam), or crumbling their existing marriage, as with no substantial reward from the will, Derek immediately loses interest in Kay and openly begins looking around elsewhere. Unsurprisingly emotions are running high as Marcia has to get ready to leave her home, whilst Kay is far from impressed at Derek’s shenanigans with Lily, even going as far as taking a gun out on them. 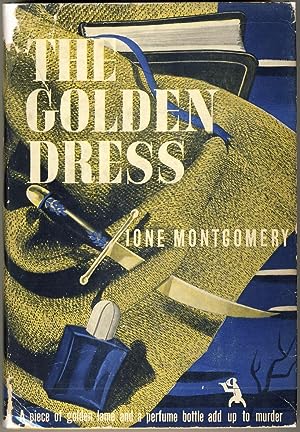 Therefore no reader is shocked when Gibson and his secretary Miss Hull, (otherwise known as Scraps), find Lily murdered in her bedroom one evening, stabbed with a dagger. Gibson and Scraps are the sort of sleuths who are more of headache than a help to the police, happily withholding evidence which they think may incriminate their friends. In particular a piece of gold lame dress is removed, fearing that it may belong to Kay. Although there are plenty of suspects within the Morgan family, Lily’s ex-husband has also made an appearance and it soon transpires that the dagger was his. Of course whilst Gibson and Scraps try to protect their friends, they also put their own lives in jeopardy, either by using themselves as bait or by the fact that someone increasingly seems to be incriminating Gibson.

On balance I think this was a middle of the road sort of mystery. The case did have a number of well thought out clues, but because they were hidden under a mountain of family drama and amateur sleuth stupidity, they did not really appear until near the end and consequently the cleverness of the mystery got rushed out at the end. It would have been better if the curious aspects of the case were emphasised earlier on, so the reader could start pondering and thinking about them sooner. Out of Gibson and Scraps, I much preferred Scraps, due to her intelligence and assertiveness. Of course due to being a plump older woman she does end up being the butt of jokes at times and only avoids objectification due to the unfair assumption that no one could fancy her. When we are first introduced to her Gibson says she is ‘a fixture I inherited with the business.’ Thankfully though she can hold her own in any exchange with Gibson or the police and you do get the feeling that she is the one who wears the trousers in her working relationship with Gibson. 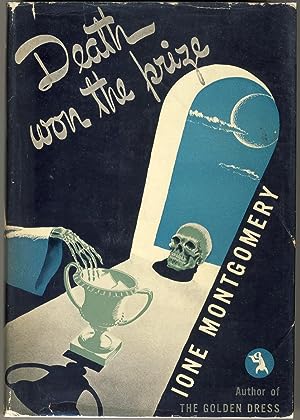 Although this book had a lot of familiar tropes Montgomery does weave in some slightly more unusual narrative strands, though unfortunately they are not used as much as they could have been. The killer themselves felt a bit too trope filled, though I think the more melodramatic revelation of the solution had something to do with that. I also had a few qualms about the denouement of the book which tries to tag on a romantic ending on the story, which I didn’t think fitted with the character psychology. So it could have been worse but I don’t think I’ll be rushing out to get Montgomery’s second book.