The last time I read Strange’s work I found the plotline of Deadly Beloved (1952) a bit too predictable. However, given the chosen year for this month’s Crime of the Century challenge, a challenge run by Rich at the blog Past Offences, I decided to give Strange another go. The plotline of Look Your Last (1943) is definitely more complex than Deadly Beloved and is much more of a war/espionage thriller.

The book is set in 1941’s New York, 8 months prior to when America joined WW2. Throughout the story comments are made for and against this action and equally a lot of attention is given over to scrutinising big companies such as Star Oil, examining their involvement with businesses in Germany. Though such scrutiny is not always so rigorous, with definite whiffs of political corruption. The committee being held to examine Star Oil seems an open and closed case initially, as a star witness, Chester Dimmock, is expected to give startling testimony against the company, yet he never arrives. Alongside this story line there is the mysterious disappearance of Mr Smith and it is hard to say whether his departure was voluntary or forced, nor whether Smith is a guilty man or a victim. Alongside this story there are two very anxious young cousins in Berlin and it seems one of them, Pierre, is in big danger of being arrested for being a traitor, though as to what form his treachery has took we do not know. And alongside all of that there is Barney Gantt, photographer and writer for New York Globe and as well as trying to win the heart of fellow news reporter Muriel, he is also in the middle of all the intrigue going on and the same can be said for other reporters within his social circle, especially Carson who seems to get suspiciously good tips for breaking news stories. You would not be surprised to hear that conspiracy abounds in the novel, along with old murder cases being brought up with their accompanying disappearances. Although the book moves between its different narrative threads, the story mostly stays with Gantt who helps FBI agent James Higgins to unravel what is going on. 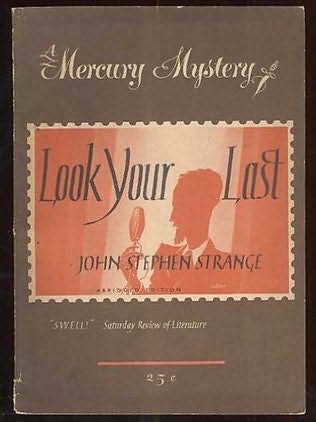 From my synopsis it is probably easy to tell that there is an awful lot going on in this book to keep a track and make sense of. The large number of different groups of people to follow didn’t help this issue. The big cast of characters also meant that character depth was fairly minimal, which is a shame as there are moments where certain characters proved quite interesting and intriguing, such as Muriel’s puzzling attitude towards Carson. Perhaps it was just odd as we only ever saw snapshots of this issue and the root of it all doesn’t really get explored.

Politics unsurprisingly is a dominant theme in the story. One review I read online of this book felt the story was Communist propaganda and certain parts of the book do seem to validate this, such as when the text suggests there is an international plot to wipe out Communism going on. Equally big business and capitalism do take a hefty knock in this book and one character predicts that the war going on will see the rise of the common man and that the loss of the colonies will jeopardise the security of the big capitalists. Moreover, the book does strongly derogate big companies for their involvement and role in government policies and their ability to finance conflict. Such polemical material whilst in keeping with the context of the book, did rather kill the pace and drama of the narrative. Yet to be fair to Strange her story does not present this theme in a completely one sided manner and there is much more of a debating of the matters than this review I read suggests. Gantt is one of the characters who considers these issues and he suggests to another that they think ‘the present system stinks,’ but that neither Communism nor Fascism is the answer. Furthermore Communism is not portrayed in a completely positive way, such as when the book mentions the violence used to bring Communism into power. Additionally when looking at the characters supposedly trying to end Communism, Strange includes a more personal touch at times, revealing their vulnerabilities and pain.

I think this is a book which could be interesting for those who want to look at how the war, Nazis and Communism were being interpreted during WW2 in America, as this is a novel which definitely engages with the times it was being produced in, capturing how people may have felt at the time and also includes real life events such as Rudolf Hess’s flight to Scotland. But as a story which is supposed to entertain it does not do so well. The book is eventful in the episodic way thrillers and espionage mysteries so often are, but unfortunately the political themes deadened the drama of the narrative, particularly in the final furlong of the book. But even when politics isn’t being mentioned, Strange seems to struggle to bring out the exciting side of her plot, making for one of the dullest court room scenes ever and because she is so busy focusing on the panoramic view of the plot, she does not give the individuals involved sufficient attention and this means that the final twist lacks impact. Personally I think she should have reduced the number of narrative threads and focused more on the characters within the newspaper circle, as that is the where the greatest interest lies in the story. Once again I think I have picked a dud book from Strange’s oeuvre, but hey at least I think I have come across a new way of saying someone is drunk (see below).

One point of interest to any linguistics out there was that I came across the word ‘spiflicated.’ Bit of researching later and I came across a brief definition which suggested that it means to overcome or dispose of something by violence. Yet looking at the context of the word in the book, a man being taken back to his friends’ hotel room due to being incapable of going home by himself, ‘spiflicated’ seems to me to be referring more to someone who is drunk. Has anyone else come across this word before?