The Adventure of the Christmas Pudding (1960) by Agatha Christie

I gave this short story a reread for a couple of reasons, one of which is certainly not hard to fathom; its’ the Yuletide setting after all. And the other reason will not be too difficult to guess either if you are a regular reader of the blog Past Offences, written by Rich, who hosts a monthly Crimes of the Century challenge, as you’ll know that this month’s year is 1960.

It was interesting to read in Christie’s introduction to this story that its’ setting was inspired by her own childhood Christmases at Abney Hall and certain details in the story do parallel with those mentioned in the introduction. The story begins with Poirot trying to get out of a case which will necessitate him going to a country house called Kings Lacey for Christmas, being predominately concerned with the state of the central heating. The case in question centres on a stolen ruby, which was robbed from a foolish young royal who allowed a young woman he was seeing to wear it for an evening, despite himself being engaged to someone else. Unable to go to the police, due to the fear of scandal, he has come to Poirot for help and it is believed that someone within the King Lacey Christmas party has the jewel. Other aspects also begin to creep into the plot such as Mrs Lacey’s niece Sarah and her unsuitable boyfriend Desmond, cryptic notes and a Boxing Day prank, which has consequences far beyond what its creators planned.

One thing which is definitely apparent in this story is nostalgia, which comes through in particular with how Christmas is celebrated. Many of the characters extol ‘a good old fashioned Christmas’ and worry that it is ‘dying out,’ with people choosing to spend it in hotels instead. A worry which I think hasn’t really been realised, as I can’t think of anyone I know who would choose a hotel over a normal family Christmas, though perhaps the types of entertainment have changed. As in other Christie works post WW2, there are characters who wish to return to the past such as Mr Lacey who according to his wife ‘absolutely lives in the past,’ wanting ‘everything to be just as it was when he was a boy of twelve years old…’ Though interestingly his wife is less like this and actually wishes to trade in their overly large rural abode for ‘a small modern bungalow.’

Agatha Christie does attempt to make some references to contemporary society, but on the whole these are quite few and far between and are centred on Sarah who is apparently a part of the ‘coffee bar set,’ with ‘rooms in Chelsea’ and ‘wears […] funny clothes’ as well as going ‘about without washing or combing her hair.’ Something which I think I picked up on more this time round was the sexual double standards which are slipped in at the beginning of the story when the prince’s foolish behaviour is explained. For instance it is mentioned that the people of his country wouldn’t mind him or his father having dalliances, as long as they are Eastern rather than Western:

‘His country had been passing through a period of restlessness and discontent Though loyal to the father whose way of life had remained persistently Eastern, popular opinion was somewhat dubious of the younger generation. His follies had been Western ones and as such looked upon with disapproval.’

Moreover, such romances are also okay as long as there is no scandal and the prince bestowing gifts on a lover (whilst being engaged) ‘would have been regarded as quite natural and suitable, corresponding in fact to the Cadillac cars which his father invariably presented to his favourite dancing girl of the moment.’ I think the way this is simply plonked into the book without comment or criticism was what probably irked me.

Conversely though I much preferred Mrs Lacey and I think Christie was on much stronger ground here, as Mrs Lacey is enjoyably shrewd in the way she tries to detach Sarah from Desmond and make her reinterested in her old flame David. Rather than disagreeing with Sarah’s choice outright she more subtly makes Desmond appear less appealing such as when she comments on his choice of trousers: ‘I like these very tight trousers these young men wear nowadays. They look so smart – only, of course it does accentuate knock knees.’ This of course gets Sarah to thinking about Desmond’s less than ideal knees. 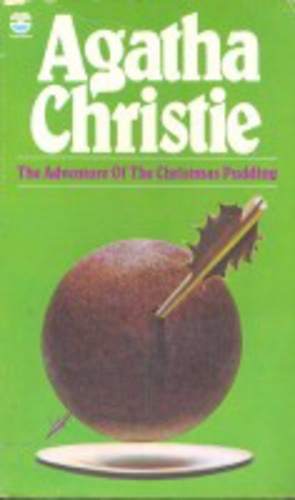 However, in this short story we are not given the predictable happy ending for the romance subplot and it is actually more open ended, which I thought might be a response to the current times, where Sarah doesn’t need to be chucked into the nearest pair of sensible arms, but can actually use this encounter as a learning experience, which Poirot himself asseverates when he tells Sarah that ‘all experience is valuable.’

So all in all it was a reasonably interesting short story, though I think some of the characters may have benefitted from being used in a full sized novel and I also think a longer text would have allowed for greater comedy and for a deeper exploration of characters themselves. The puzzle itself also felt a little rushed in my opinion.